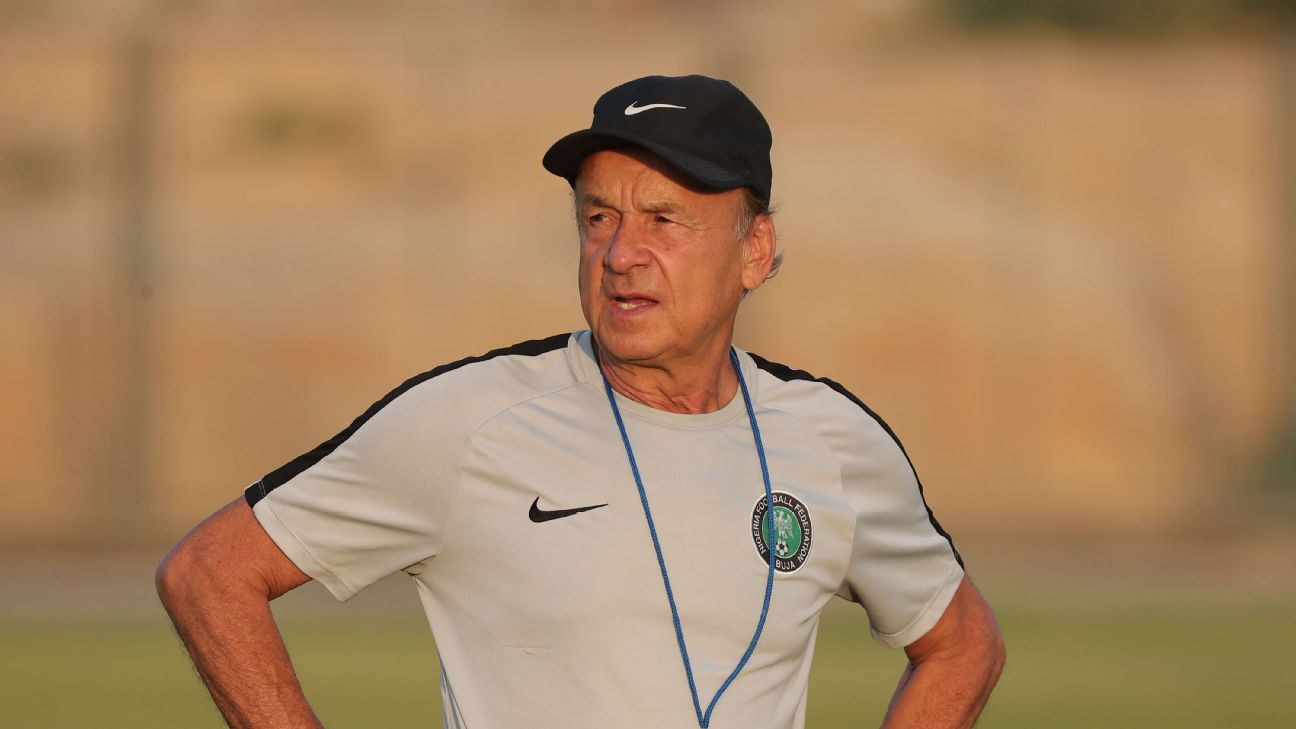 In the past, luck has not really been on the side of Nigeria players featuring at the WAFU Cup of Nations while nursing Super Eagles ambitions, with Ahmed Musa the only real success story.

The tournament, on the go in Senegal for the next two weeks, caters to home-based talents in West African countries, much like the CHAN tournament does on a continental scale.

The wannabe Eagles’ road is made even harder by head coach Gernot Rohr’s seeming disdain for players in the Nigerian local league, as he rarely picks domestic-based players for the senior side.

But there are members of stand-in coach Imama Amapakabo’s squad who could use the tournament to set off a bee in Rohr’s bonnet, and even if they do not make it immediately, they could be very good future prospects.

Considered one of the most promising players in the domestic league, Ndah is a centreback who was instrumental to Remo Stars‘ return to the top tier of Nigerian football.

He continued to be among their standout players during the last NPFL campaign, scooping up multiple man of the match awards and drawing praise for his excellent reading of the game and strong tackling.

His league performances earned him a call to Amapakabo’s under 23 side for their Olympic qualifier against Sudan, where he was again one of the eye catching players as they mauled Sudan in Asaba.

All of that might be down to the football genes handed down by his father, ex-Nigeria international Ndubuisi Ndah. The younger Ndah is considered one of the most promising players in the Nigerian domestic league, to the point where there was a tug of war for his services that ended in an NFF Arbitration ruling.

He may not be long for the NPFL if the signs are anything to go by. Rohr would do well to keep a close eye on him.

The last time a young player came into the domestic league and made a splash as big as Sunusi has done, it was Ahmed Musa. The then-teenager claimed league top scorer honours, then went on to represent Nigeria at cadet level, WAFU, and CHAN levels before going on to the full international side that he now skippers.

Sunusi appears to be following the same trajectory. He may not have broken the league scoring record like Musa did, but he did emerge top scorer, as a 17-year-old. This, after spending barely one season in the NPFL.

He has gone on to get call ups to the junior team and scored the only goal of the game as the youngsters lost 1-4 to Togo in a CHAN qualifier.

Rohr’s team may have a surfeit of attacking players at the moment, but this Nasarawa United youngster is one that fits his age profile, and will definitely not be long for the domestic league, especially if he posts a breakout performance at WAFU.

Such is the versatility of the Akwa United starlet that although he was signed as a winger, former coach Abdul Maikaba converted him to a fullback.

The 20-year-old made the transition seamlessly and has since been both a pillar of defensive strength and an outlet for creating goals up front, where he is always available to provide assists for goals to the forwards, as well as grab his own on occasion.

He has become a stalwart of both the under 23 team and the Super Eagles B side and Amapakabo has been impressed by the industry of the player, who has already had a short stint in Europe before returning to pick up his NPFL career.

WAFU should provide another avenue for watching scouts to see what he can do.

Mathias is a promising box to box midfielder who relishes taking on players and threading vertical balls between the lines.

He won the NPFL title with Kano Pillars in 2014 and is one of only a few who come into Amapakabo’s team with bags of experience.

He has represented the country at under 20 level, played the CHAN qualifiers in 2016, and was a member of the last WAFU Cup squad in 2017.

International experience aside, Mathias has plenty of league experience under his belt, having turned out for Kano Pillars, Gombe United, El-Kanemi Warriors, and was with Lobi Stars last season.

Want a screamer from range? Look no further.