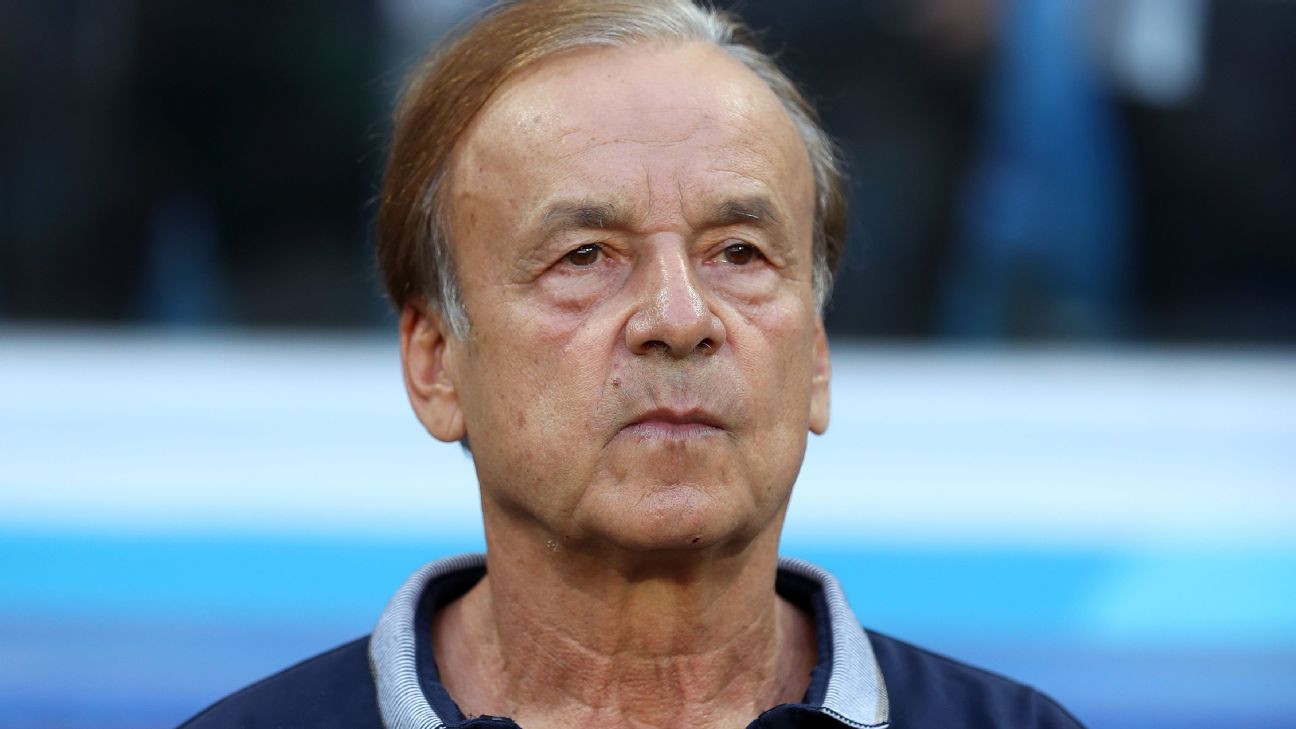 In 1996, Brazil had high hopes of claiming their first Olympic football gold medal.

They had good reason.

Most Brazil squads are packed with talent, but this particular roster was so loaded that it was almost like a constellation of stars, current and future greats.

Lining out for them against Nigeria in Atlanta 23 years ago were the likes of Dida; Roberto Carlos; Aldair; Ze Maria; Sergio Conceicao; Bebeto; the little magician Juninho; and of course Ronaldo da Lima, known as Ronaldinho at the time, who went on to win three FIFA World Player of the Year awards among a long list of honours and titles. For perspective, he claimed the first of those FIFA awards 1996, that very same year.

Oh, and Rivaldo, who went to become World Player of the Year, and also the world most expensive player, was on the bench; that is how stacked that Brazil team was.

So when Nigeria and Brazil sides met in the 1996 Olympic football semifinals, it was taken as something of a given that the South Americans would advance to the gold medal game. Especially since they had already handed the Dream Team (as Nigeria’s Olympic football team are known) a 1-0 defeat earlier in the group stages of the tournament. The lone goal was, of course, scored by Ronaldo.

Things looked to be going according to plan when the Seleção raced to a 3-1 halftime lead. A rout was on the cards. Or so it seemed.

But the Nigerians had other ideas. They pulled one goal back through a well-struck drive from Victor Ikpeba, then Austin Okocha launched a throw-in and Nwankwo Kanu — with his back to goal — proceeded to work some magic with his feet, leave Dida sprawling, and poke the ball home from close range for 3-3.

Delirium was to turn to outright bedlam when Kanu conjured more sorcery to write his name into football legend forever.

The beanpole forward latched onto a ball that had hit Ikpeba’s back and fallen kindly to him; he left two defenders for dead with a lazy drop of the shoulder and drilled a daisy cutter past Dida to win the game for Nigeria by the Golden Goal rule.

The feeling was so unbelievable that all of Africa was caught up in it.

Brazil, pole-axed, shell-shocked, stunned, were left devastated with their dreams of Olympic gold — perhaps their best chance — up in smoke. But worse, they had been beaten by an African team that had looked dead and buried at the half.

Kanu, who scored those goals, says the result should be a flagpole for respect and inspiration for Nigeria’s players ahead of the friendly between the teams in Singapore on Sunday.

“I think [Brazil will have it at the back of their minds and will make them respect [Nigeria],” Kanu told ESPN.

“It should also be a source of inspiration for our boys, so they have to do well as this is a big match against a big country. If we perform well, it will give us more confidence and belief.”

Nigeria of course, went on to beat Argentina in the final in Atlanta and claim Africa’s first ever Olympic football gold.

“They wanted to play us so badly, and they kept asking,” one official said. “But I don’t think our people wanted to play them. We had that feeling that we had conquered the world by beating the almighty Brazil, and our team was not that settled after that. There was fear that they would massacre us, and that would take away from what we had achieved.”

Not until seven years later, in 2003, did a friendly between the teams see the light of day, to mark the opening of the National Stadium in Abuja, Nigeria. Brazil, led by the imperious Ronaldinho Gaucho, defeated the Super Eagles and promptly flew back home.

The result was not quite consolation for defeat in Atlanta, and, indeed, there was something hollow about the victory. And the entire game. Neither side seemed to take it seriously enough, and the game was far enough removed from the drama of the Centennial Olympics that even the Nigeria fans barely associated it.

Strangely, the teams have never otherwise played each other. Nigeria almost always seem to get Argentina at both the World Cup and Olympic Games, but somehow never Brazil, and the last tendrils of that legendary afternoon in Atlanta should have all but faded away.

The fixture in Singapore could mark a reset.

On Wednesday, Bebeto presented a commemorative shirt to star forward Neymar to mark his 100th appearance for Brazil. That is a significant link to the past that these two sides share. Perhaps, in some quiet moment with the new star of Brazilian football, the former great would have mentioned something about a little game which took place 23-odd years ago.

In its current iteration, this Brazil side is perhaps not as formidable as that in which Bebeto played, but along with Neymar, they still have Roberto Firmino, Gabriel Jesus, Philippe Coutinho, Ederson, Casemiro, Alex Sandro and Fabinho. Enough to present interesting headaches for Gernot Rohr’s young and developing Nigeria team.

Nigeria held their own respectably against Ukraine in their latest game, in Dnipro, where they were unlucky not to win, but Brazil presents a higher level of opposition. Of course, the Super Eagles will draw confidence from that latest fixture, and also from beating Argentina 4-3 in a pre-World Cup friendly, but this is not quite the same.

With the Super Eagles team settled, for the most part, Nigerian fans will be looking beyond the score. Their attention will be focused on Rohr himself.

The coach’s case was not helped by the late goals by Ukraine in the latest friendly. And so this time, in Singapore, all Nigerian attention will be on the German to show he can find tactical solutions to either think his team out of trouble, or hold on to what he has.

Whatever reboot of a rivalry pales into insignificance beyond that.